In Search of the Lost Civilisation ~ Graham Hancock 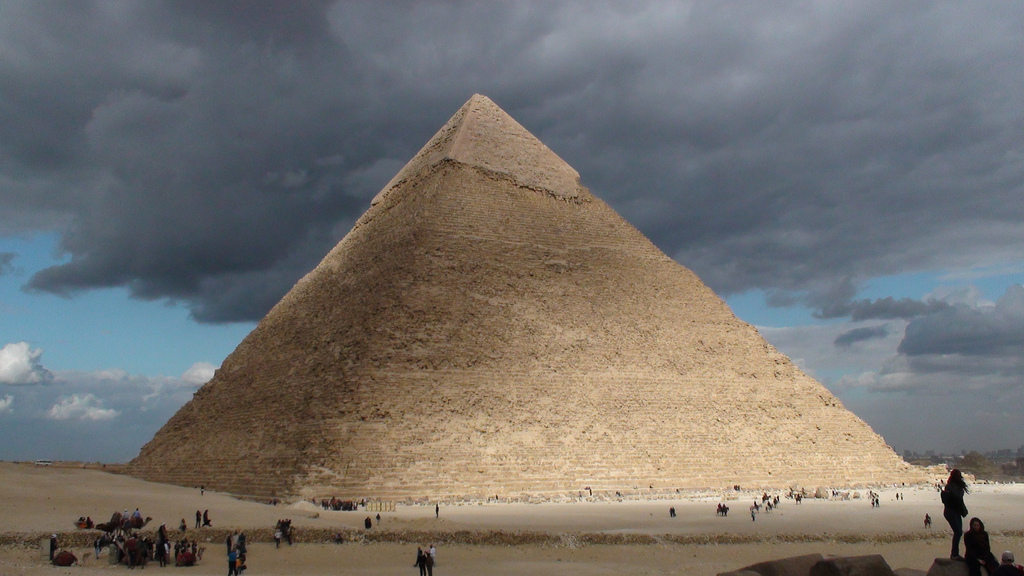 When we look around ourselves at the nature of the world and the evil cruelty of fellow humans we cannot help but wonder whether there is any purpose to life or whether, as so many scientists now believe, our existence is just a meaningless accident and our only purpose is to reproduce our genes. Once started on such thoughts it is natural for each individual to consider his or her own destiny as a mortal being. If the scientists are right there is no such thing as ‘the soul’, no ‘life after death’, no heaven, no hell – just the permanent extinction of individual consciousness followed rapidly by the stinking decomposition of the physical body.

Yet many of us instinctively do not agree with the scientists. We feel, although we don’t know quite why, that they may have overlooked some vital factor. We understand how convincing and how well-reasoned their arguments are. Nevertheless we have enough respect for our own intelligence not to accept their teachings on blind faith.

But where should we turn for guidance?

Though its skies are filled with the glare of artificial light, global civilisation at the edge of the 21st Century is spiritually barren, dark, empty and bleak. Its prevailing philosophy seeks to reduce everything to chemistry and matter and to convince us that if something – such as ‘the soul’ – cannot be weighed, measured or counted then it does not exist. It is extremely difficult for any individual, acting alone, to prevail against this all-encompassing philosophy which we begin to absorb almost from the moment of birth and which surrounds us like an invisible cocoon until the moment of death.

Yet there does exist an alternative view, a mature and reasoned teaching, fragments of which have come down to us in the oldest religious writings, which may have the power that science lacks to speak to us of the meaning of existence. My books make the case that this extraordinary teaching which deals in sky and ground, matter and spirit, originated with a lost civilisation, a great worldwide prehistoric culture that was all-but wiped out, leaving only a few survivors, in the global floods at the end of the last Ice Age some 12,500 years ago. I believe that these survivors were determined to preserve and to transmit to the future the treasures of their knowledge, that astonishingly they succeeded, and that their legacy in one way or another enlightened all of the high civilisations of antiquity.

I may not be right! But I have done my best to bring together thought-provoking evidence from all round the world which is suggestive of a major forgotten episode in human history. Fingerprints of the Gods sets out the broad sweep of the case and follows the mysteries that first drew me into this research. Keeper Of Genesis (US: The Message of the Sphinx), coauthored with Robert Bauval, focuses in on the monuments of Egypt’s Giza plateau and explores their connection to ancient religious ideas concerning the immortality of the human soul. Heaven’s Mirror, photographed by Santha Faiia, takes this quest into archaic spirituality further and argues that a great pan-cultural theory of the riddle of death and the possibility of eternal life illuminated the ancient world: “Linked to it was a science of immortality that sought to free the spirit from the gross encumberance of matter.” Santha Faia’s 300 colour photographs of the great spiritual sites and monuments that we have explored during the past ten years bring these amazing temples, pyramids and stone circles to life and celebrate their air of impenetrable mystery.

Please bookmark this page now and join me in the search for the lost civilisation – for the recovery of memory concerning a forgotten aspect of our heritage that could shed light on the mystery of the human condition. The clues lie scattered all around the planet in scriptures and in myths, in ruined monuments and in ancient maps, like a gigantic jigsaw puzzle. It really is as though our ancestors, against all the odds, very cleverly and skilfully found ways to ensure that traces and echoes of their ideas and of their works would survive.

Now it is up to us to put the puzzle back together.