Shri 108 and Other Mysteries ~ Subhash Kak 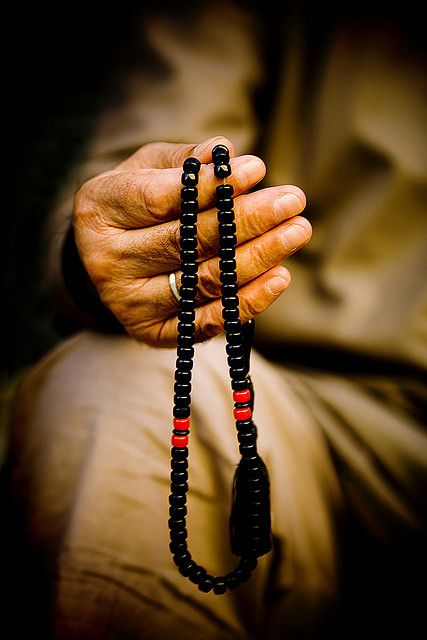 The Golden Ratio, 1.618033989, is at the basis of stock-market data, petal patterns of flowers, and even the planet periods. It is the ratio obtained by dividing consecutive elements, the larger by the smaller, of the Fibonacci series: 1, 1, 2, 3, 5, 8, 13, 21… where the next term is the sum of the preceding two terms. The Golden Ratio is the solution to the equation x = 1 + 1/x. When raised to the powers -3, -1, 0, 1, 5, 7, the Golden Ratio gives the periods of Mercury, Venus, Earth, Mars, Jupiter, and Saturn in years, suggesting that the solar system must be viewed as a single whole.

For the physicist, the number 137, the inverse of the fine structure constant, is more mysterious. It is a dimensionless ratio that equals the product of the Planck’s constant and the speed of light divided by the square of the electron’s charge. Actually, the number is slightly larger (137.0359895), but it is sufficiently close to the integer 137 that people have wondered if it is related to some deep property of nature. This number shows up at many places in atomic physics, and it has been even seen in the motions of Jupiter’s satellites. Some of the greatest minds of the physics of the last century have sought formulae for it. One theorist considered it particularly significant that 137 equals 128+8+1, each of which factor is a power of 2.

A less esoteric and more interesting number is 108, the number of beads of a rosary and of many other things in Indian cosmology. I first heard of it in the title of swamis in India, as in Shri 108 so-and-so, which irked me not only because of its pretentiousness but also because no one seemed to know why it was ‘holy’. I also had heard of 1,008, another equally mysterious number used by swamis.

Much, much later, I asked professors about these numbers. One gentleman told me that its secret lay in the ‘holiness’ of the number 18, as evidenced by the eighteen Puranas, and the eighteen chapters of the Bhagavad Gita; and the number 108 was obtained from 18 by slipping a zero in between, and doing this again led to 1,008. But this explanation didn’t convince me. Why is 18 holy, to begin with? And if it is, why doesn’t slipping a zero in between 1 and 8 destroy that holiness? If it doesn’t for whatever reason, leading to 108 and 1,008 in two stages, why doesn’t it lead to 10,008 and other larger numbers?

Another gentleman said that 108 was 27 times 4, that is 27 nakshatras (constellations in the moon’s monthly circuit) multiplied by four of the four cardinal directions. But why should this be important? Also, in reality, the moon takes 27 and one-third days to complete its circuit, and not exactly 27.

Three facts that any book on astronomy will verify:

* Distance between earth and moon = 108 times moon-diameter, and most remarkably,

That the Indians knew of the first two shouldn’t surprise, because it can be calculated by anyone without the need for any instruments. Take a pole, mark its height, and then remove it to a place 108 times its height. The pole will look exactly of the same angular size as the moon or the sun.

I don’t believe Indians knew the third fact, that the sun is 108 times as large as the earth, because there is no evidence of that in the old astronomy manuals. If they did, it would be as amazing a coincidence as the knowledge of the correct speed of light before modern measurements.

Indian thought takes the outer cosmology to be mirrored in the inner cosmology of the human. Therefore, the number 108 is also taken to represent the ‘distance’ from the body of the devotee to the God within. The chain of 108 ‘links’ is held together by 107 joints, which is the number of marmas, or weak spots, of the body in Ayurveda.

We can understand that the 108 beads of the rosary (japamala) must map the steps between the body and the inner sun. The devotee, while saying beads, is making a symbolic journey from the physical body to the heavens.

The number 108 joined to the name is merely a boast that one is a spiritual adept, a master of the journey of 108 steps through the intermediate regions of danger.

The other number 1,008 has a slightly different basis. Early Indian astronomy divides the kalpa — the total period within a creation, the day of Brahma, which is part of an infinite cycle — into 1,008 yugas. The use of this number as a title is to boast that one knows the mystery of time from creation to annihilation.

The number 108 appears in many settings in the Indian tradition. The Natya Shastra of Bharata speaks of the 108 karanas — combined movements of hand and feet — of dance. A few months ago in Chennai, Padma Subramaniam, the great dancer and dance theorist, told me a story of discovery connected with this number.

In the 1960s, Padmaji had come to the realization that the four hands of the Shiva figures in Thanjavur represented animation. Then, in 1980, Sri Chandrasekharendra Saraswati Swamigal, the Shankaracharya of the Kanchi Peetham — who was to pass away at the age of 100, fourteen years later — asked her to design a fresh set of karana figures for the panels of the new Uttara Chidambaram Nataraja Mandir in Satara, Maharashtra, based on the Natya Shastra descriptions. Each panel had to show Shiva and Parvati.

Later in the 1990s, Padmaji was approached by Alessandra Iyer, an Italian scholar, who wished to study the influence of the Natya Shastra on the Far East. They discovered that the Satara temple panels of Padmaji were similar in form to the 53 surviving dance panels of the 9th century Prambanam temple of Java, Indonesia, that was largely destroyed by earthquake in the 15th century.

This established that Padmaji’s choices were right and her understanding of the four-armed poses as frozen movements was correct. Since her reconstruction were based on brief description, it also suggests that the karanas are archetypes of motion.

The idea of archetypes brings me to Wolfgang Pauli and Carl Jung who, in a book they wrote in 1952 called The Interpretation of Nature and the Psyche, argued that our discoveries are a consequence of the preexisting patterns in our mind. Pauli wrote once, “I prefer to say that mind and matter are governed by common, neutral ordering principles ‘that are not in themselves determinable’.” The idea of archetype, borrowed by Jung from Yoga, makes it possible for us to see how different people can come to the same discovery independently. Parenthetically, Jung took the idea of divinity as male-female (Harihara), suggesting that each man had a female within (anima), and each woman had a male within (animus).

In his contribution to the book, Pauli indicated how the great Kepler had come by his three laws of planetary motion upon the use of Fibonacci sequences. From there the next step was the Newtonian synthesis that viewed the universe as a machine. But now we have come full circle in our realization that if the universe is a machine, it is one where the components are all connected together — it is a holistic machine.

Reading: To get an overview of the astronomy and cosmology of the ancient world, see Subhash Kak, The Astronomical Code of the Rgveda. Munshiram, 2000.