Beyond Hope and Doom: Time for a Peak Oil Pep ~ Richard Heinberg 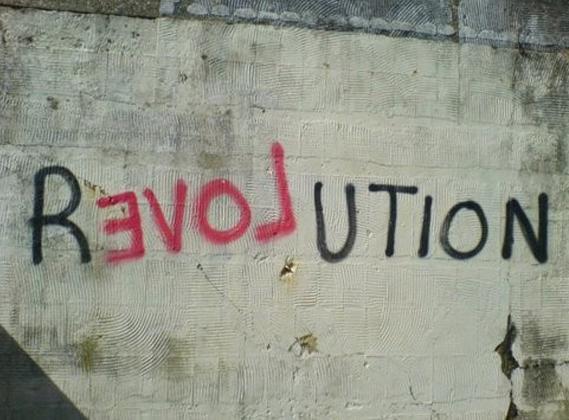 Awareness of Peak Oil, Climate Change, impending global economic implosion, topsoil depletion, biodiversity collapse, and the thousand other dire threats crashing down upon us at the dawn of the new millennium constitutes an enormous psychological burden, one so onerous that most people (and institutions) respond with a battery of psychological defenses-mostly versions of denial and distraction-in an effort to keep conscious awareness comfortably distanced from stark reality. I discuss this in “the Psychology of Peak Oil and Climate Change,” chapter 7 of Peak Everything, where I conclude that the healthiest response to dire knowledge is to do something practical and constructive in response, preferably in collaboration with others, both because the worst can probably still be avoided and because engaged action makes us feel better.

Some people who are aware of global threats respond psychologically with a relentless insistence on maintaining mental focus on possible positive futures, however faint their likelihood of realization. Other knowledgeable people are irritated by this behavior and prefer to plunge themselves into prolonged contemplation of the worst possible outcomes. On various Internet discussion sites this split plays out in endless flame-wars between “doomers” and “anti-doomers” (the latter differ from cornucopians, who deny that there is a problem in the first place).

I generally try to avoid both extreme viewpoints. To me, all that matters in the final analysis is whether awareness leads to effective action that actually reduces the risk of worst-case scenarios materializing.

But the fact is, even those who do engage in practical action get bogged down from time to time in fear, grief, and a sense of helplessness, or they suffer burnout from working too long and hard for too little reward. I’ve seen enough of this lately to conclude that some sort of informed pep talk may be helpful. (By the way: I experience the same symptoms occasionally; this pep talk is aimed as much at myself as anyone else.)

Burnout and depression are certainly understandable given the scale of the challenges facing us, but these responses cause problems since other people depend on us. Each of us who understands global crises and has some capacity to work on intelligent responses to them represents an enormous cultural investment. I’m thinking not just of the decades’ worth of resources consumed in order to keep each of us alive and get us to where we are today, but of the information so carefully sought out and digested, and skills learned. These are not trivial things. I don’t say this in order to motivate by guilt; it’s simply the reality. If one of us falters, there are not millions and billions to take our place. There may indeed be many millions worldwide who are engaged in some type of vaguely benevolent enterprise, but when it comes to the core threats facing our planet, the ranks are remarkably thin. There are probably more like a few thousand globally who really understand the world resource problematique and are doing something sensible to address it.

A pep talk might take the tack of saying if only we pull together, our problems will vanish and the world will be a marvelous place in short order. But the people to whom I’m directing my remarks won’t buy that line of persuasion for a second. We all know that we are in for very difficult times, and that there is no guarantee that, even if we do everything we can, the result won’t be human die-off and environmental devastation.

This knowledge evokes overlapping personal and planetary worries. And it’s these worries that can undermine even the most psychologically robust of us now and again.
Who among us hasn’t fretted over the likely impacts of societal collapse on oneself, family, and friends? Of course, it’s perfectly sensible to make some preparations. We should have some food stored, we should be gardening and making efforts to reduce our energy usage and need for transportation. But the obsessive thought that it’s not enough can be paralyzing. What if financial collapse proceeds to economic, political, and cultural collapse; what could one possibly do to insulate oneself in that case? Tough question. There are too many unknowns. No matter what we do, there can never be a guarantee that we will be immune to the consequences of Peak Oil and Climate Change.

But this quandary is similar in some ways to the universal problem of personal mortality: we do what we can to maintain health (we eat right, we exercise), knowing nevertheless that eventually we will die. Still, the point of life is not to spend every waking moment trying to cheat death; rather, it is to enjoy each day as much as possible, to grow, to learn, and to give of oneself. Time spent building a family emergency preparedness kit needs to be balanced against time spent helping make one’s entire community more resilient, and raising awareness in the world as a whole-and time spent with loved ones, and time spent singing and dancing or whatever it is that makes us happy.

Planetary worries can be even more debilitating. What if there simply is no hope? Once one starts down this mental path, the argumentative ammunition is almost endless. If oil wars don’t get us, the multiple reinforcing feedback loops of climate chaos will. Corporate interests will continue to prevent politicians from doing the only things that could possibly prevent planetary meltdown. How could it be otherwise?

Yet again there are so many unknowns. How can we be any more assured of absolute extinction than of the absence of any possibility that, following some early signals of collapse, policy makers-even corporate leaders-will actually wake up and start doing sensible things? If, when an opportunity to influence policy does arise, there are no articulate advocates of a clearly worked-out alternative pathway (because we who are currently working in that direction have all given up and pulled the covers over our heads), then doom will have become a self-fulfilling prophecy.

I suspect that the burden of dire knowledge is exacerbated by the psychophysical impact of too much time on the computer and not enough outdoors. It’s an occupational hazard: those of us who are aware of the impending collision of resource depletion with population growth and climate instability have acquired whatever understanding we have through countless hours tracking trends, peering at graphs, and noting news items on glowing screens. Assuming you’re reading my words on-line right now, you might want to bookmark this page and jump for a moment to http://homenet.hcii.cs.cmu.edu/,the site of an on ongoing research project of Carnegie Mellon University that has concluded that “Greater use of the Internet is associated with increases in loneliness and symptoms of depression.”

So with this pep talk comes some friendly advice (again, I’m also talking to myself here): Take breaks. Eat well, and make sure you get enough exercise and sunlight. Ask yourself: What would I do for joy if I knew I had only a year left? A month? A week? Would I make love, spend time in nature, play music, or…?

Well, do it! But remember the rest of us, and don’t drop the ball entirely.
In the end, there is no blame or guilt attached to any of this. And there is a limit to the utility of pep talks. Each of us has different brain chemistry, a different reservoir of past experiences that has shaped our character and repertoire of behavioral responses, all of which results in differing levels of tolerance for bad news and hard effort. We will each do what we can, given our unique makeup. But if words can help, let no courageous worker down tools for lack of simple reassurance.

We’re all in this together. Let’s rely on one another’s reserves of psychological strength when we need to, and provide strength for others when we can.